Please enter all 17 digits of the VIN 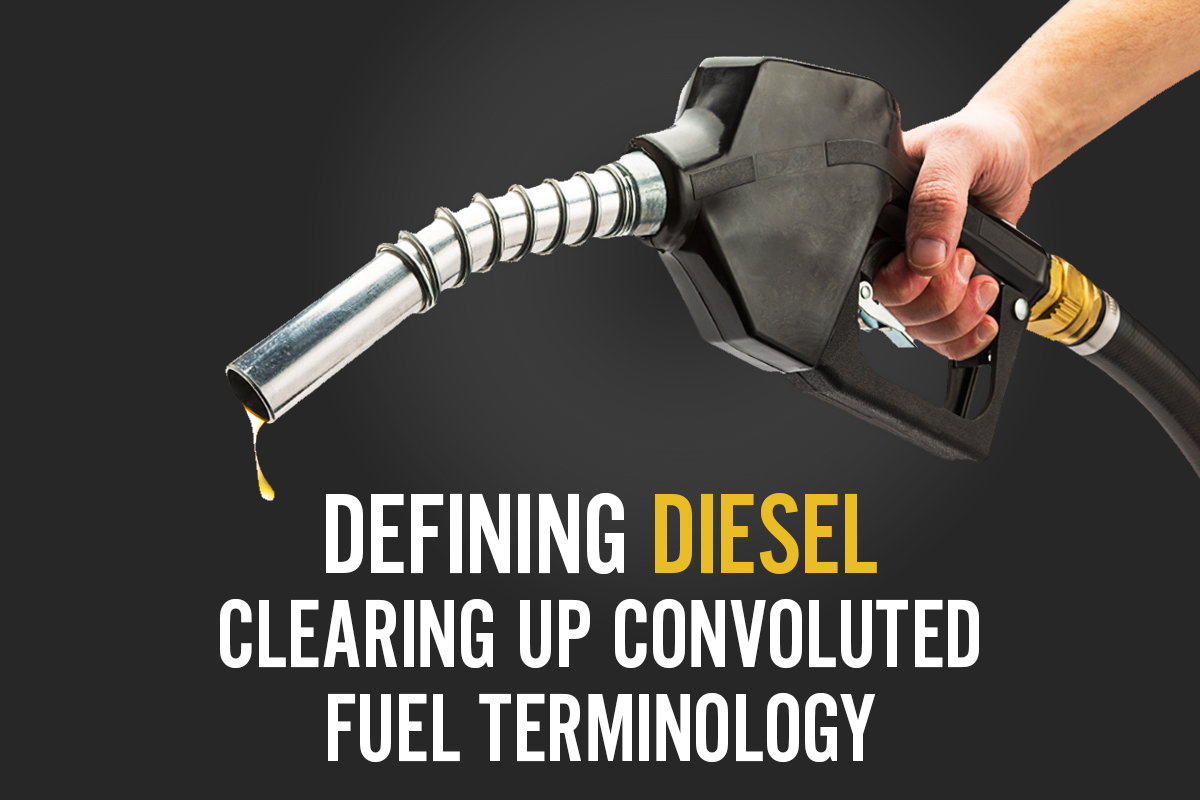 What do the Inuit people and the fuel industry have in common? An inexplicably long list of words to describe one thing. While the Inuit may be in the lead with 50 different words for snow, fuel professionals aren’t that far behind with up to 25 terms to describe the fuel most commonly known as diesel.

Unless you are a refining engineer, it can be all too easy to get the words confused. This handy Q&A can help you keep things straight when it comes to the differences between the various kinds of diesel in the fuel supply.

Diesel is a petroleum-based fuel that comes in two grades – Diesel No. 1 (1-D) and Diesel No. 2 (2-D). Diesel No. 2 is the most common grade of diesel used in the motor fuel supply. Other names for diesel include petroleum diesel, standard diesel, conventional diesel, fossil diesel and petrodiesel.

Biodiesel is created from biomass oils through a process called transesterification. Its ingredients include plant oils, cooking oil, animal fat and even algae. Also known as B100, biodiesel is most often used as a blendstock – not a transportation fuel.

Biodiesel blends represent the majority of the diesel fuel sold as transportation fuel. It is made by blending biodiesel into petroleum diesel or renewable diesel. Whereas most consumers refer to ethanol blends such as E10 as “gasoline,” biodiesel blends are similarly known to most people as just “diesel.” The classifications, such as B20 and B5, for biodiesel blends are determined by the percentage of biodiesel content contained in the fuel:

B20: The most common biodiesel blend, which ranges from 6% to 20% biodiesel.
B5: Contains 5% biodiesel and is most commonly used in fleet vehicles.

Off-road diesel is approved for use in vehicles/machinery that is not driven on the road, including farm equipment and heavy-duty earthmoving equipment. Because off-road diesel isn’t used for road transportation, there is no fuel tax included at sale. Off-road diesel is dyed red so that authorities can easily distinguish it from highway diesel. Those who are caught driving a road vehicle containing off-road diesel on public roads may be charged with tax evasion.

Ultra low sulfur diesel (ULSD) is a regulatory designation mandating a specific level of sulfur contained in diesel. Since 2010, the U.S. Environmental Protection Agency has required that all diesel fuel supplied for road transportation — and all highway diesel vehicles use — ULSD. ULSD contains just 15 parts per million of sulfur (prior to regulating sulfur content, diesel contained as much as 5,000 ppm of sulfur). This requirement was developed to reduce pollution. Because highway diesel and off-road diesel are essentially the same except for the dye and the taxes, they are both considered ULSD fuels.

What is the difference between auto diesel and truck diesel?

The equipment used to dispense the fuel and flow rates needed to pump the fuel into vehicles is really all that separates auto diesel from truck diesel. There is no difference when it comes to the chemical makeup of both fuels.

A fuel filter’s micron rating is especially important for protecting diesel engines. According to a recent Diesel Fuel Quality Council (DFQC) report, diesel engines may be susceptible to damage from particulate as small as 4 microns.

You can use Luber-finer’s part search tool or the Luber-finer app to find the fuel filter that fits your specific heavy-duty application.